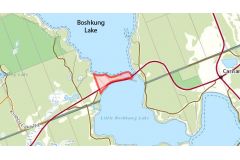 NOTE: Map point is the approximate location within this lot with shoreline on Boshkung and Little Boshkung Lakes. Moorefield Acres Lane

This flat stretch of land was first cleared by the Algonquians, members of the Ojibwa Nation. Isaac Hunter, one of the rebels of the aborted Upper Canada Rebellion of 1837, settled here in 1852. By 1866, Hunter moved farther north due to the press of settlement and George Mason took over his 114 acres at the narrows, as a free grant from the Crown. In 1871 Mason sold it to Alfred S. and Phoebe Ann Moore. Alfred died only three years later of tuberculosis and Phoebe married Charles Damion. But he proved to be an unsuitable husband, and Phoebe soon sent him packing. In 1904 Robert Irvin Moore (no relation) bought the property, named the house Moorefield Lodge and continued to run it as a boarding and tourist home In 1930 Moore sold the farm to Clayton Percival Rogers, owner of the general store. Source: Edited excerpt from Explore Haliburton by Susan Wilson (Stoddard Books, 1997)

Moorefield Lodge, which burned in 1946,  was a building 22 feet by 24 feet, erected in 1867 of 16 foot hand milled pine boards, an inch thick and 20 inches wide. Subsequent owner, Robert J. Moore opened Moorefield Lodge to accommodate travellers and lumbermen on the Gull River waters. Later it catered to tourists, thus the last piece of Stanhope real estate cultivated by Indians and the first owned by white men, gained fame for its summer hospitality. Source: In Quest of Yesterday by Nila Reynolds. Published by The Provisional County of Haliburton, Minden, Ontario 1973 p. 302 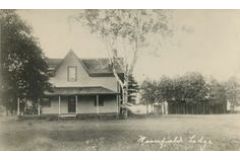 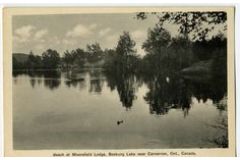 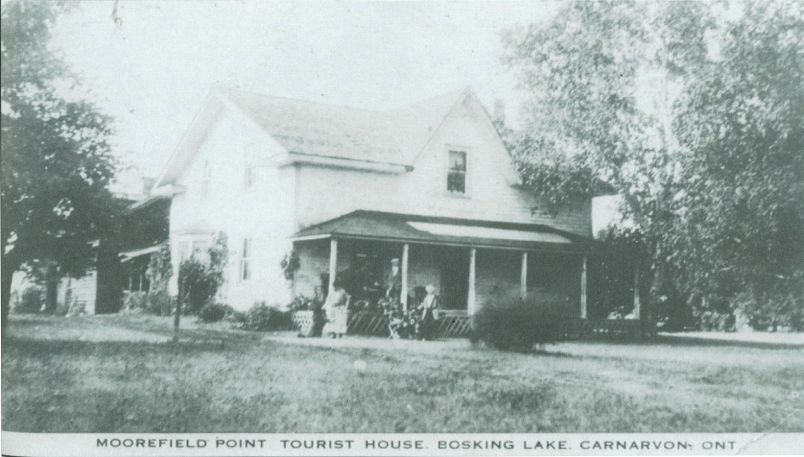 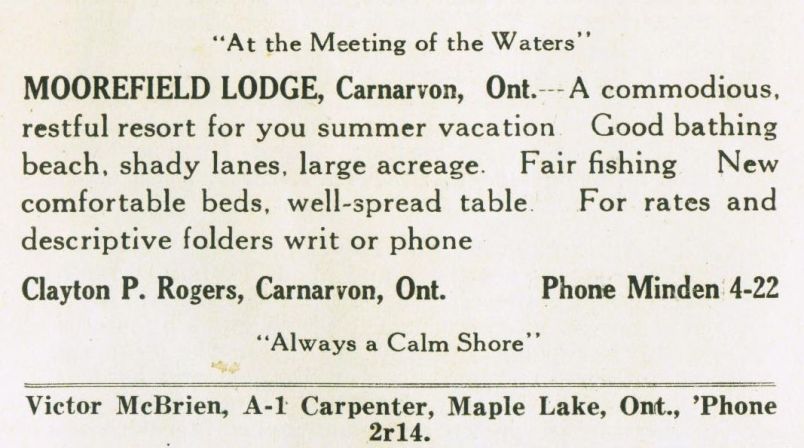