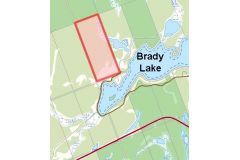 Location: The map point is the approximate location on this lot which runs north from Brady Lake Road opposite Viceroy Dr on the north west side of Brady Lake.

The first white man in the [Hindon Hill] area was James Austin Sr. who walked 300 miles from London, On to take land on Brady Lake. By summer he cleared his lot for next year’s crop. By fall he walked back to London then returned the next season. His descendants still live in the region. Source: Ontario Abandoned Places

James Austin travelled on foot from London, Ontario, to make a home on the west shore of Brady's Lake. Austin was the fire ranger who supervised construction of the St. Nora rangers' cabin and a son, James Jr., who was also a fire ranger, held the local wolf-shooting record, he bagged eight in 1937 and the years when he did not collect on the bounties were rare.

The Austins raised cattle, made maple syrup, and had one of the small family-operated sawmills so prevalent after the larger companies lumbered - Hinden had one of the county's last blocks of virgin pine.

Source: Echoes of the Past, compiled and written by Ed H. Devitt & Nila Reynolds. p. 24-25

The James Austins, Sr. and Jr. both famous hunters, lived at Brady's Lake; an Echo of 1937 mentions that James Austin had shot eight wolves that season. Source: In Quest of Yesterday by Nila Reynolds. Published by The Provisional County of Haliburton, Minden, Ontario 1973 pg. 283

The late James Austin summed up this period [1900's] as the time a man wore out one pair of shoe-packs looking up a job to make enough money to buy another. These pioneer men were a great breed - none better - and would shame many of today's generation in the daily tally of their labours. Source: Uncle Dudley's Column - The Peterson Trail, Haliburton Echo, January 18, 1973

Son Daniel Albert died in 1918 at Hindon Hill of Spanish Influenza - an illness of pandemic proportions brought back from the trenches of WWI by returning soldiers. The official cause of death was pneumonia & bronchitis per Dr. Bowen. Age 10 years, 6 months. Source: Ancestry.ca

Excerpt from Uncle Dudley's Column, JAMES E. AUSTIN, Master Guide & Trapper:
He told me of a deal he made with Grimm Evaporator of Montreal: he bought a machine from them on time, payable over three years - the price as I recall it was $85.00. He made an excellent product and we bought many the gallon in the early years of the century at $2.00 per gallon, and  he made this product each season for a good many years. His chief income came from trapping and the stock sold from his farm holdings. In his later years he put in a small mill and with his boys he took out s small cut of lumber for quite a few years. 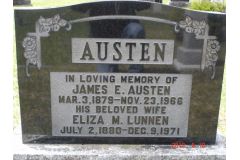 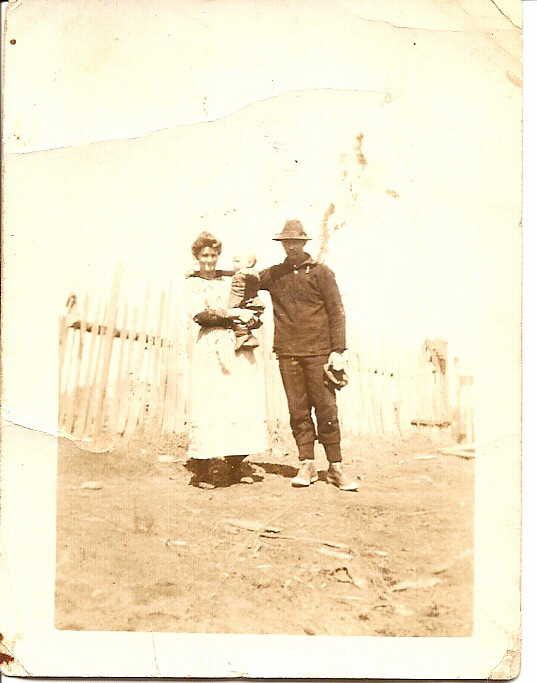 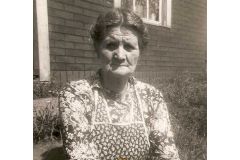