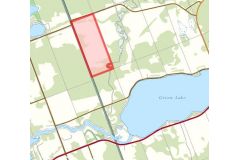 Location: Map point is the approximate location within this 98 acre lot south of Barry Line east of Cameron Lake. 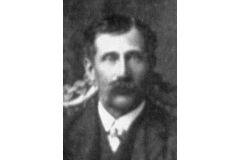 The years before 1885 saw a steady influx of homesteaders to West Guilford, including George Barry. Source: In Quest of Yesterday by Nila Reynolds. Published by The Provisional County of Haliburton, Minden, Ontario 1973 pg. 155.

Guilford's first white child was a bonnie, talented lass, an excellent dancer and musician. On reaching womanhood, she became the bride of George Barry, who came from Dunnville in Halimand, with his brothers James, Mathias, Frank, Christopher, and their 75 year old father, James Sr. Ibid. pg. 157.

A horse-racing track owned by George Barry drew visitors to Guilford Township. Barry's sporting events, which included foot races, thoroughbred and sulky racing, ended in the 1920's although local interest in the sport remained strong in the county. Source: Echoes of the Past, compiled and written by Ed H. Devitt & Nila Reynolds. pb 33.

George Barry held summertime sulky and saddle races on a half-mile track at his farm. Crowds and competitors came from as far away as Lindsay and Fenelon Falls. Barry kept several good mounts himself; the most famous was a trotter he named Guilford Boy. Source: Explore Haliburton by Susan Wilson (Stoddard Books, 1997. pg 80).

George Barry and his trainer, Jimmy Powell, travelled widely with the "Guilford Boy" (see photo below), whose speed and proud carriage made him a crowd pleaser at races and fall fairs all through Ontario. He collected a trunk full of ribbons as the best animal in his class. The trio even spent 3 months on the American racing circuit where the "Guilford Boy" established some new track records. After six or seven years, the 'Guilford Boy' was kicked on the stifle and died from infection. George Barry did not long survive him and with their passing the Guilford races were held no more. In Quest of Yesterday pg. 161. 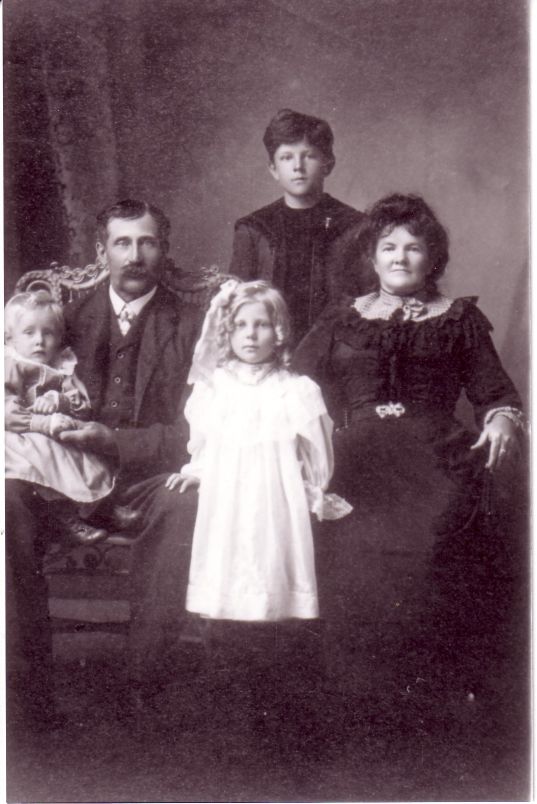 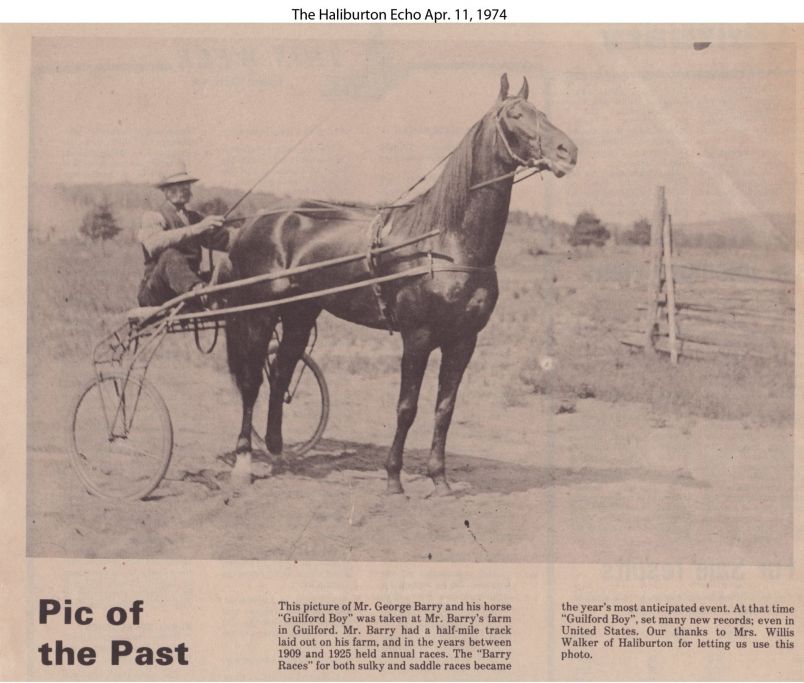