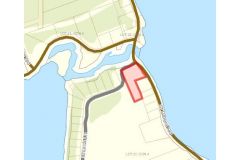 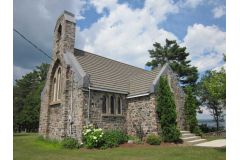 A History of St. Peter’s Anglican Church, written c1986, author unknown. From the files of the Haliburton Highlands Genealogy Group

The first St. Peter’s Church was a frame rough-cast building complete in 1887 on the land which Richard Dawson donated for a church and cemetery. The first service was held on St. Peter's Day, June 29th of that year. The church, of course, was a community effort built by a financially poor but spiritually rich congregation. 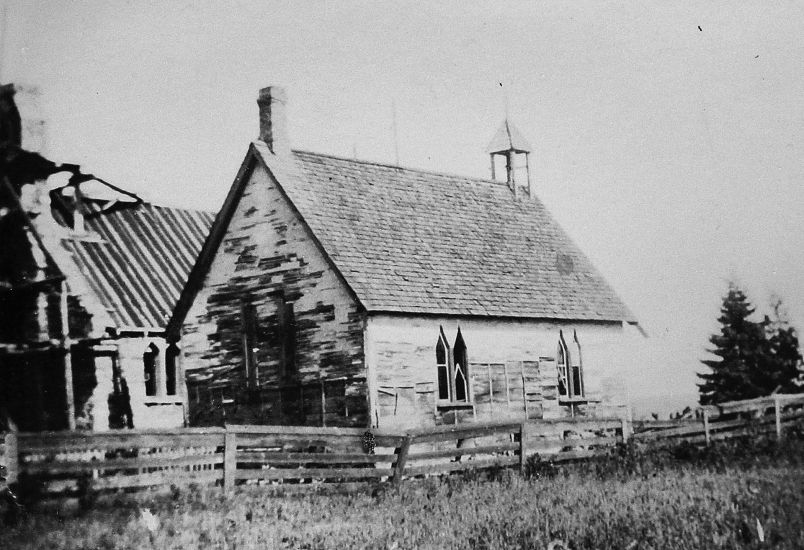 During the following years the congregation grew in number and the need was felt for a warmer and more substantial edifice. Consequently, in October 1901 the foundation stone of the present St. Peter's was 'laid by the Rt. Rev. Bishop Sweatman, but lack of funds delayed the completion of the building. However, due to a donation of four hundred dollars by the Women's Auxiliary of Toronto and a determined enthusiasm on the part of the local Anglicans, the new St. Peter's was started in 1905.

The congregation was fortunate in having John Henry Billing as a member. Mr. Billing was a skillful stonemason and he gave his best work to the glory of God. His two nieces, Miss Charlotte Cooper and Mrs. Lizzie Harrison were faithful members of this parish for many years.

The entire congregation helped Mr. Billing by donating pine timber, collecting stone form the nearby hill and bringing sand and gravel from the river. Mr. William Welch burned the limestone into line in a kiln on the shore of Maple Lake and this was used in making mortar for the stone work. Two brothers, Eldon and Arthur Dawson were most helpful assistants to John Billing who had spent many years learning the craft. Perfection was his benchmark and he had a fetish about never erecting a building on someone else's foundation.
The first St. Peter's was dismantled and some of the material was used in the new church without causing any interruption in services. The old Church bell calling all the faithful to worship on the Lord's day hangs in the little stone belfry. The "driving shed" where horses were kept out of the weather during services sufficed for the new church until the automobile became so popular that a shed was considered redundant.

The earliest records of St. Peter's contains the names of those who were considered as charter members of the parish — Dawson, Welch, Ferguson, Sisson, Gibbs, Redner, Morrison, Barry, Taylor and Thompson. St. Peter's Day, June 29th, 1906 was the most memorable in the history of St. Peter's. On this day the Rev. Mr. Carey officially opened the new church by administering the Holy Communion to the faithful congregation. It was indeed a happy occasion for there was no overhanging debt. During the sae summer the first annual church picnic was held and a happy group of children had their yearly fill of homemade ice cream and lots of cake and goodies. Sunday services were a social and family function as well as a religious gathering. Families met and talked about everything from the crops and weather to new babies. In 1910 Mr. Billing built the concrete and stone fence with the willing help of members of the parish family. The following year he capped the fence with rough globe of cement to discourage the men from using it as a roost for he feared they would ruin the fence. This deterrent must have net his expectations as the original fence is intact today.

The first memorial window was donated by the old St. Luke's Church in Toronto and the east window portraying the good shepherd was installed in memory of Mr. Percy J. L. Smith who was drowned during the time that the new church was being built. A similar window in the same grouping was a tribute to Mr. Wallace Dawson by members of his family. In later years the entire west window was donated by friends and family in memory of Mr. Bruce Napier Simpson, Jr. a well-known architect, who had purchased the original home built by John Billing on Blagdon Hill in Stanhope Township where both John Billing and his wife, Charity, are buried. Mr. Billing's two nieces donated a window in his memory many years previously.

Many improvements have been made over the years including a new pulpit, wall-to-wall broadloom, radiant electric heating, a new well, a washroom, kitchen facilities and many more. In recent years several bequests have enabled St. Peter's to carry out many of these improvements. Some of these bequests came from people who were not members of St. Peter's and many from members of our own church family.

Descendants of some of the original families still attend St. Peter's and in the 1970's and 80's we have added such names as Barclay, Boles, Adamson, Carr, Finney, Davis, Wales, Harpur, Randall, Johnson, Dron, Culley, Juby, Eastmure, Pettit and Brown. Special mention must go to Miss Isabelle Gibbs, our organist for over fifty years who was presented with a painting at a special dinner to mark this auspicious occasion.

The Church Guest Book reads like an ecumenical register of visitors from far and wide who have been inspired by the beauty of St. Peter's.

In 1982 the Lieutenant-Governor of Ontario, the Honourable John Black Aird, officiated at a dedication ceremony in this parish and the following summer he returned as a private citizen with Mrs. Aird just to attend a service at St. Peter's. Our summer congregation is made up largely of vacationers who find St. Peter's a home away from home. The Church takes on a whole new look of beauty as numbers of the congregation decorate the interior for both the Harvest Thanksgiving and Christmas seasons.

The A.C.W. continues to be a main cornerstone of the church today as it did in those early years. People come for miles to partake of the Thanksgiving turkey dinner for which St. Peter's has become famous. The ladies of the A.C.W. have made this one of their top fund raising projects for well over fifty years. Many events have taken place from the time Rev. Mr. Carey officiated at the first communion service in the new church in 1906 until the days of our present incumbent, Rev. Fr. George Elliott. It would be impossible to recount all of the weddings, baptisms, funerals, confirmations and special services during those eighty years.

The people of St. Peter's rallied around King and country through two World Wars. The Honour Roll of those who served in His Majesty's Forces is a memorable tribute to these men with special mention of Richard Dawson, Vern Cowan and Mervyn Harrison who were killed in action in
World War II.

The Rev. James F. O'Neil, who was the rector in our Jubilee Year, 1955, said it so well when he wrote "We are proud of our little church which is built of stone. It is a reminder that ours is a faith founded upon the Rock, which is Christ. In that faith we go forward as a family dedicated to the purposes of God." It is the catalyst of our heritage. 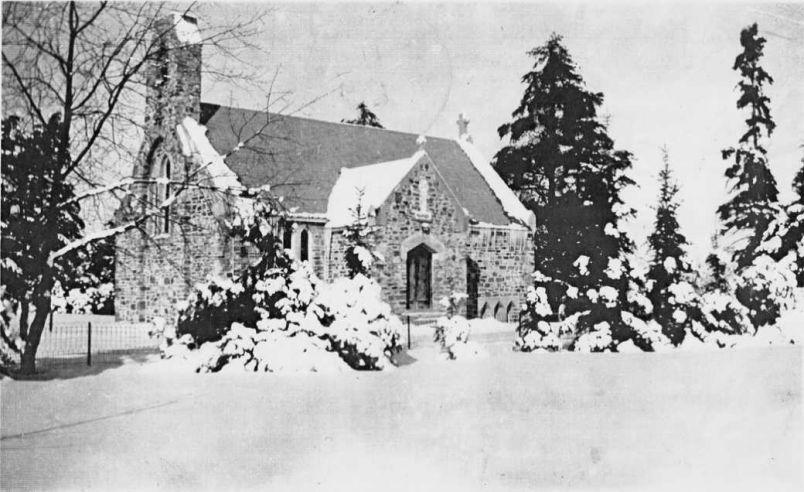 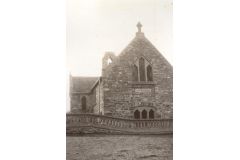 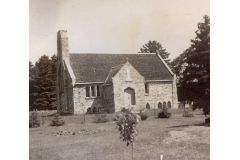