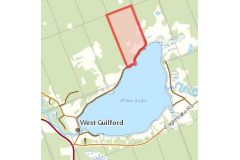 Location: Map point is the approximate location within this irregular, waterfront lot on Nila Road at the north east end of Pine Lake.

The first school to be known as S. S. No. 2 and 3, Guilford, was voluntarily built by the settlers in the early 1880's. When larger facilities were required, the log building was sold to John Henderson Sr., who rebuilt it as a cow shed which can be seen at the Henderson homestead. One can still read the initials carved deep in the weathering timbers by the school boys of 80 years ago. Source: In Quest of Yesterday by Nila Reynolds. Published by The Provisional County of Haliburton, Minden, Ontario 1973 pg. 157 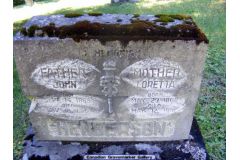 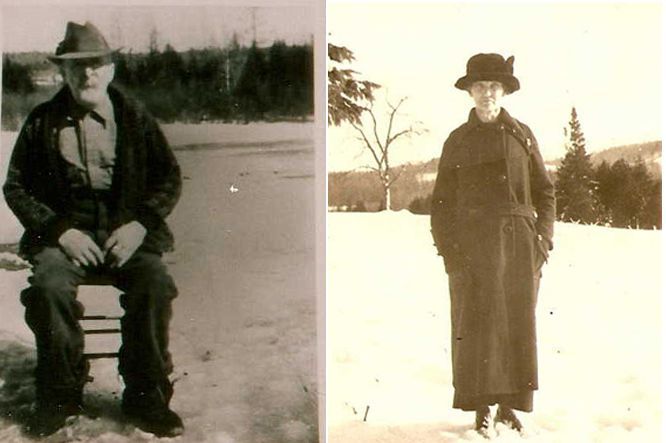