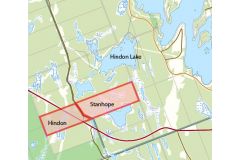 Since Hindon Hill's soil, even along the Bobcaygeon Road and Brady's Lake, was not suited for agriculture, the land deteriorated until the Ontario government formulated a scheme by Hindon farmers were to be transplanted to the New Ontario clay belt; the abandoned fields were to be reforested. See Toye Family Toronto Star article 1927 below.

The move was made in 1927 with the government bearing the expense; the livestock was driven from the barns of Hindon Hill to the railway station at Gelert for shipment north. Some of the families transported thus were D. Toye, Billy Toye, and James Toye. Perhaps the oldest settler involved in the change was James Toye, who had lived in Hindon Hill since 1869. He died in 1928 at the age of eighty-five. There is something infinitely sad about the fate of such a man, uprooted from the home he carved from the wilderness with his own hand and transplanted elsewhere, only to die in exile.

Source: Source: In Quest of Yesterday by Nila Reynolds. Published by The Provisional County of Haliburton, Minden, Ontario 1973 pg. 283

Peterson's Corners Post Office - 1878 to 1931: The post office was located at the home of the current Postmaster, which was at most one mile from the junction of the Bobcaygeon and Peterson Roads. James Toy was the postmaster from July 1, 1878 to 1886 - The post office was located approximately one mile north of the junction.  He was dismissed because of financial irregularities.

My mother, Mary Toye, by Minnie Eastman 1977: Source: Ancestry.ca shelleys63
Mr. and Mrs. James Toye immigrated to Canada from County Antrim, Ireland to Bell's Corner near Ottawa in 1871. There, a daughter was born named Mary in 1872. They came and settled at Hindon Hill on the farm where their son William farmed for a number of years. Mary was 16 months when they came to Hindon Hill. They had 5 children, one passed away when a baby. Mary, Letisha, William and Johnstone were the family names. May married John Rivers and had 12 children; Mary was postmistress at Peterson's Corners for 15 years but gave it up to move to Gelert where they farmed for more than 15 years. Letisha married George Piper and had 5 children and lived in Sault Ste Marie. William m Jennie Sawyer and had a family of 13; 10 girls and 3 boys and they moved to Chartton, New Ontario in 1926 and farmed there until his retirement. Mrs. James Toy went with him, as did his brother Johnstone. Mrs. James Toy died at the age of 32. She was not accustomed to a rugged life that the pioneers had to endure in the early days of this new county. Johnstone was a bachelor. Mr. James Toye married Janie Johnstone from County Antrim, Ireland. Henry Johnston, brother of Janie Toye was Personal Photographer to the Royal Family in England for a number of years before coming to Canada. 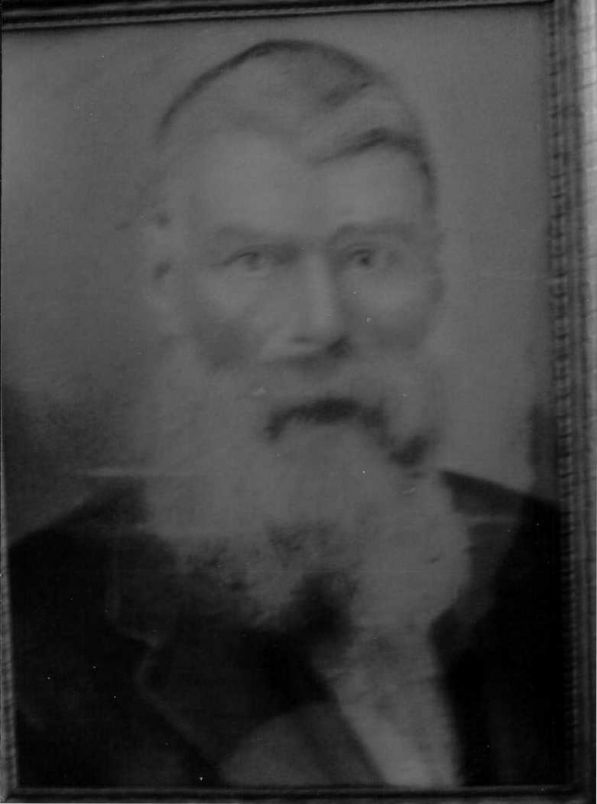 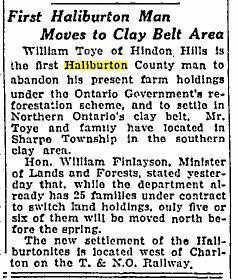 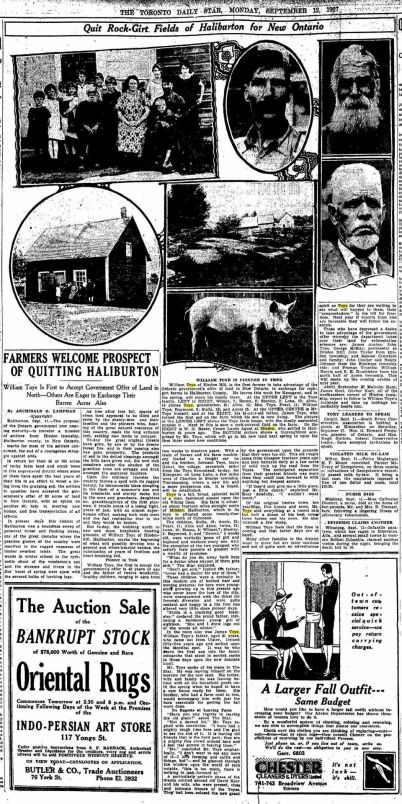 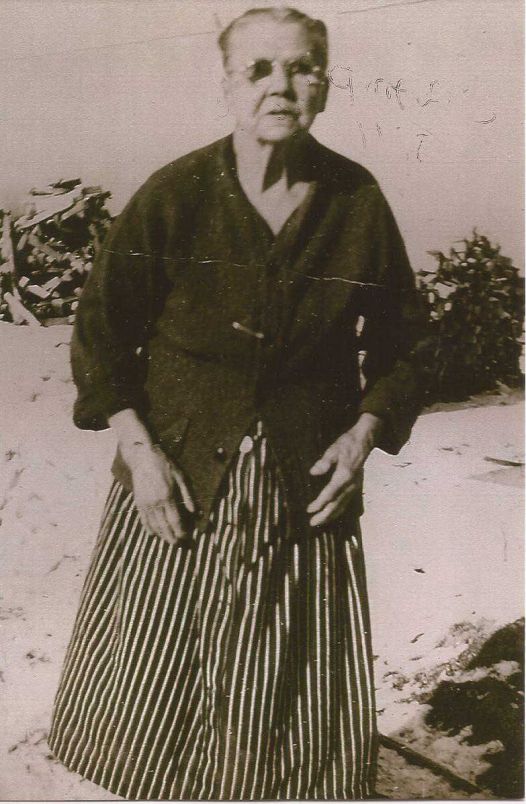