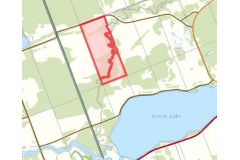 Location: Map point is the approximate location within this 80 acre lot south of Barry Line east of Cameron Lake, north of Green Lake.

Early life: About 1829? in England he was a sailor who used to dive or jump off the mast of the ship and into the sea. Once he was rum-running from France and had to hide in a turnip field where he was hit on the head with a mallet. While young he had part of three fingers cut off with a sword. About 1830-32  he came to Canada with wife Frances and daughters Lucy and Mary A who were born in England according to 1851 census. They lived in acabin in the woods near Dunnville, Ontario. His first mar 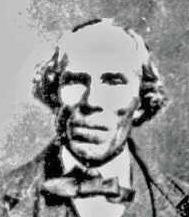 riage was to Frances in England. During their marriage they had 11 children, only 3 girls and 1 boy living to marriageable age. His wife Frances died of tuberculosis. After his first wife died one day he saw a Swiss girl who was as young as one of his daughters. He went home and told his family that he'd just seen a very pretty girl that he wanted to marry. In 1853 he married Catherine Caroline Doman in Dunnville. In 1891 he was living with son Mathias and his wife Bertha. Also with baby grand-daughterBessey. He had a gallon of whiskey come every month. A Scottish neighbour used to come and spend the night and they would sing and drink all night. Source: Ancestry.ca Barry/Lasz Family Tree

75 year old James Barry Sr. came from Dunnville with sons James, Mathias, Frank and Christopher. James could remember his own childhood and the death of his father, a shepherd, killed in the hills of Scotland when a wagon overturned in a late spring snow storm during lambing. Maybe this incident turned him from agricultural

pursuits, for James Barry Sr. chose to follow the sea. He used to say that the roughest voyage he ever made was the 7 weeks aboard the sailing ship bound for Canada. Source: In Quest of Yesterday by Nila Reynolds. Published by The Provisional County of Haliburton, Minden, Ontario 1973 pg.157

James Barry, By Bessey Sims (formerly Bessey Barry, Daughter of Mathias Doman (Tice) Barry and Bertha Barnum Barry)
Grandpa Barry lived with my mother and father when I was a baby up until I was 1 year and 7 months old. This is what they told me about him: He was born in England and his father was Scotch and his mother was English. He was a sailor and lived in England where he married an English girl. He was probably around 22 or 23 years of age when he came to Dunnville, Canada. He had one or two children at this time. They lived in a log cabin in the woods and his wife was afraid to go outside the door. One time he walked backwards on a log across that creek on the farm with an axe facing a wolf. There were, of course, many wolves and bears around in those days. He had eleven children and his wife died of tuberculosis. One day, he, Grandpa saw a Swiss girl who was as young as one of his own daughters, and he went home and told his family, “Today, I saw the prettiest girl I have ever seen.”   Just like a man, he was looking for young woman. He was about 40 or 41 years old himself and he married her—poor foolish girl! However, he was still going strong and they had eleven children. Of this second family, Aunt Liz Bowden was a twin—her mate died at birth. Uncle Jim (First family) and Uncle George (2nd family) went to Halliburton around 1880 and Aunt Louise went to keep house for them. On her way up, Aunt Louise stayed overnight in Lindsay at a hotel and she blew out the gas light in her room and was almost gassed to death. After that incident she was always so afraid of a thunderstorm. Uncle Jim and Uncle George married Sawyer sisters and Aunt Louise married a Sawyer who was a brother of the two sisters.

Grandpa had a brother Jack, in England and it seems he went to New Zealand. He also had a brother George who was a sailor. Mother told me that she didn’t think he ever heard from them after he went to Haliburton. Grandpa’s father was killed in Scotland while out gathering lambs in a snowstorm. Apparently the wagon upset and a spike ran in his head.
When grandpa was young he had part of three fingers cut off with a sword. The other fellow begged grandpa not to kill him as he was married with children. Another time he was rum-running from France and had to hide in a turnip field where he was hit on the head with a mallet. He used to dive or jump off the mast of the ship into the sea.

When he lived with my parents, he had a gallon of whisky come every month. Dan McIntyre, a Scotch neighbour, used to come and spend the night and they would sing and drink all night. Every time Dan would say he was going home they would have another drink and sing another song.

In 1957 Uncle Frank Barry told me about the girls in Grandpa’s first family. One of the girls lived in Essex County and he and grandpa drove up there to see him before he moved back to Halliburton (1894). The girls were Lucy, who married Kile, Coll, Mayanna, who married Hank Overholt, Nancy, who married Walter Karnes.

Grandpa’s second wife, Caroline, was Catholic and could speak Swiss-Dutch. She was also a very good singer and could waltz with a lamp on her head. She taught George Morrison and Uncle Tom Barry how to waltz. She had three brothers Chris, Tice and I don’t know the other’s name.

Grandma used to get up the next day after having a baby and carry on her work. She had lovely wavy hair. Granma died on June 21, 1919 at the age of 85 years and 8 months. 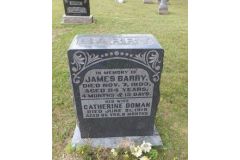 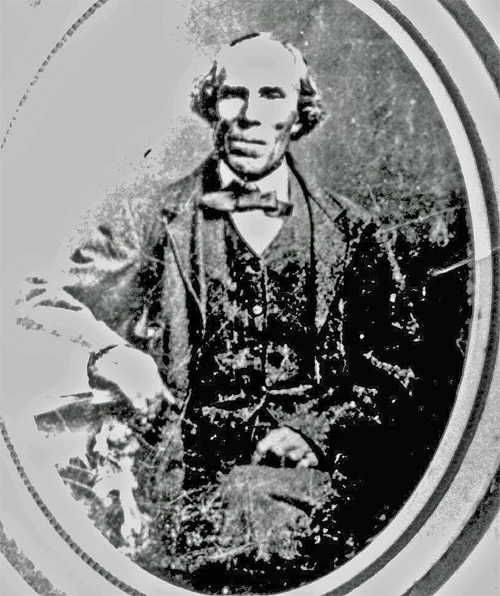 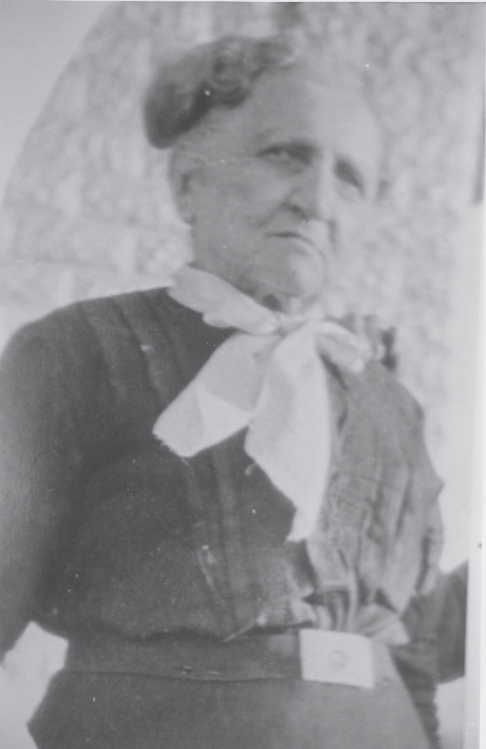