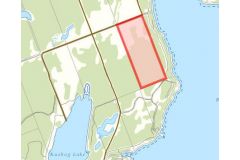 The Moreys, Hannah and Isaac [siblings], were unique in the Haliburton area because of their parentage - a negro father and an Indian mother. Born in Brantford, their mother, a princess among her people, had inherited a quarter section of land where the city of Brantford now stands. When Thomas Mason, living at Paris, was first introduced to Isaac Morey, the latter as manager of the family estate was directing a group of labourers mounted on a magnificent horse; when next they met, Morey, cheated of his birthright by lawyers claiming a fault in his title, had lost everything but his fierce pride and independence.  He and his sister were only too glad to take up land near the Masons where Morey's skill as a veterinarian made him a valuable addition to the growing community. Source: In Quest of Yesterday by Nila Reynolds. Published by The Provisional County of Haliburton, Minden, Ontario 1973 pg 312

In his 1966 Collection of Sketches, "The Book They Would not Burn", Clayton Rogers tells the history of S.S. No. 3 - Boskung School - 1866 to 1875 and its demise: Some time during the second term the building was completely destroyed by destroyed by fire. The origin was never clearly known. Mr. and Mrs. Isaac Morey, the only colored folk in the district lived on the hill west of the school, honorable folk, having the confidence of all in the area. It was generally believed they had knowledge of the incident as arson seemed the only answer; but if they had have known of the culprit their secret was well kept. They carried it to the grave. 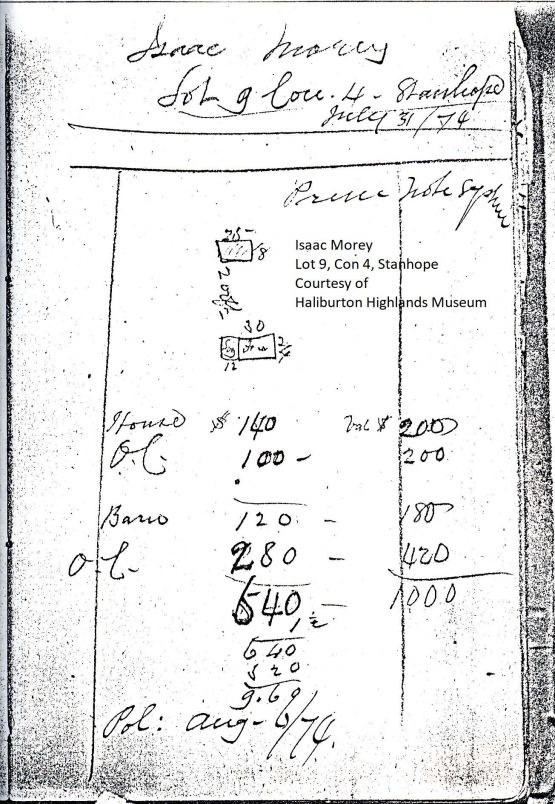