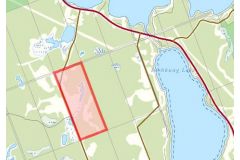 Location: Map point is a guess on Buckslide Road.

Henry Pearl and his wife Mary Patterson were Americans, described on various census records as African or mulatto, who left the United States and first settled in the Brantford area of Ontario before making their way north to Stanhope. Other black settlers who followed this route were the John & Catherine Thomas family and the Morey siblings.

Granddaughter Amy Thomas was born at Kushog Lake in 1884. The following is an excerpt from "Amy's Memoirs", as received from Michele Ferbeek by Gareth Kellett and Dave Bulford in 2004 for the perusal of the Haliburton Highlands Genealogy Group.

"My maternal grandparents, Henry Pearl and Mary Patterson Pearl were from Green County, Pennsylvania. Their ancestry was Pennsylvania Dutch, Irish, Cherokee Indian, German and Negro. Later they located in Ypsilanti and Ann Arbor, finally settling in Haliburton County, near Minden. They were never in slavery. My mother Eliza Jane (Pearl) Thomas was their only child, but they adopted a child Elmira Simms, who was about Mother's age. Grandfather was a soldier in the Civil War, was wounded in the arm, received an honourable discharge and a pension. He passed away at the age of 84 at the home of his granddaughter, Mrs. May (Collingwood) Kellett."

41st Regiment, United States Colored Infantry: USCT soldiers were among the first Union forces to enter Richmond, Virginia, after its fall in April 1865. The 41st USCT regiment was present at the surrender of the Army of Northern Virginia at Appomattox. Following the war, USCT regiments served among the occupation troops in former Confederate states. SERVICE: Guard duty at Deep Bottom, Va., till October 20, 1864. Moved to Fort Burnham on line north of James River, before Richmond, October 27. Battle of Fair Oaks October 27-28. In trenches before Richmond, and picket duty on Chaffin's Farm, till January 1, 1865. Near Fort Burnham till March 27. Moved to Hatcher's Run March 27-28. Appomattax Campaign March 28-April 9. Hatcher's Run March 29-31. Fall of Petersburg April 2. Pursuit of Lee April 3-9. Appomattox Court House April 9. Surrender of Lee and his army. Moved to Petersburg April 11, and duty there till May 25. Embarked for Texas May 25, arriving at Brazos Santiago June 3. Moved to Edenburg and guard and provost duty there till November. Consolidated to a Battalion of four Companies September 30. Mustered out at Brownsville, Texas, November 10, 1865. Disbanded at Philadelphia, Pa., December 14, 1865. 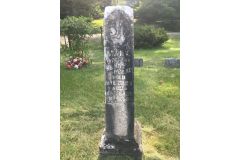 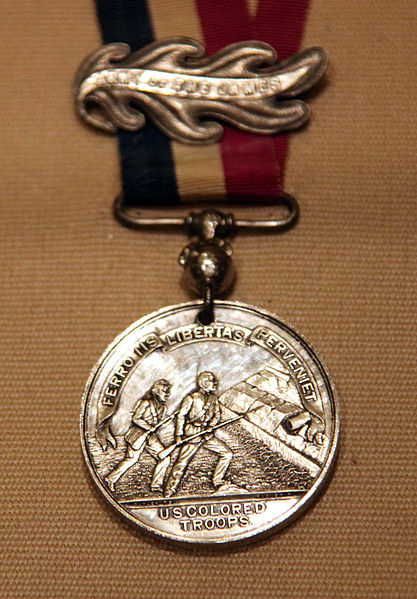