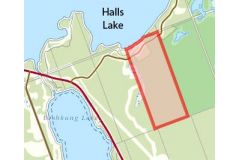 Location: Map point is the approximate location within this waterfront lot on the south shore of Halls Lake north of Braeloch Road.

In the early 1940’s, a young school principal from Oshawa, named Edwin Higgins, frequently travelled north to the Haliburton area with a buddy and a canoe to fish in the pristine waters of Halls and the Hawk Lakes.  Eventually, the two young men thought it would be great to own property on one of the lakes.  Although his friend never followed through with the idea, Higgins chose a piece of land with 300 feet of beautiful sand beach on the south shore of Halls Lake and in 1945 acquired the 4 acres of crown land for $91.50.  On it he built a rudimentary cabin and boathouse (named Silver Sands). They were constructed of poplar logs and chinked with moss, both of which were likely obtained from the property. The cabin was small, composed of one main living area, with a stone fireplace at one end and two small bedrooms partitioned off at the other, a small lean-to-like shed at the bedroom end with an adjoining door, and, at the opposite end, a kitchen, with a big black wood-burning stove and an ice box. For some reason there was no door from the kitchen to the main living area. The cabin was quite picturesque, nestled about 60 feet back from the shore in front of a huge rock face that resolved into a steep hill that reached back 600 feet from the shore. However, the living was not easy by today’s standards. There was no electricity, running water or road access.

Link to Settlers of Algonquin Highlands family tree Not listed 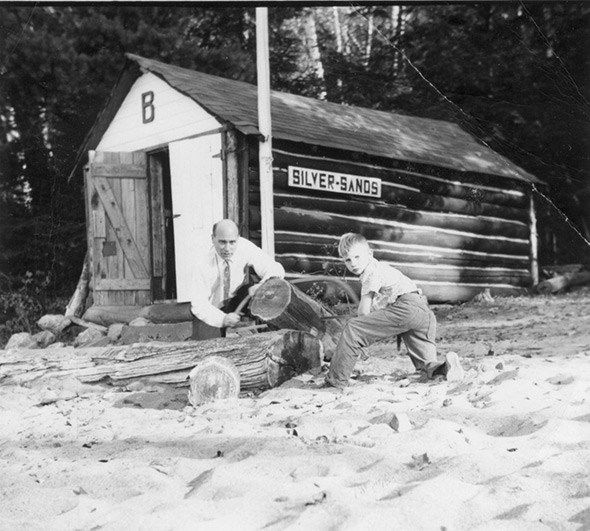 2. The original Higgins cottage circa 1954 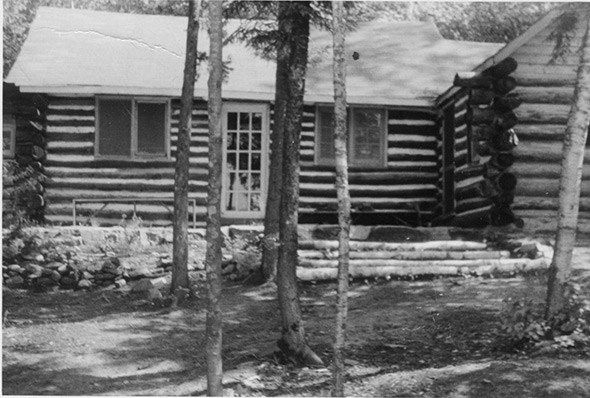