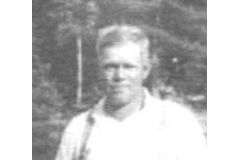 Location: Map point is the approximate location on this lot at the mouth of the Oxtongue River.

Land Acquisition: No record of ownership.

Dates of residency: 1928 began to work as a Forest Ranger for the Department of Lands and Forests.

Tom Parris was born in Dwight in 1893, the son of James and Annie Parris.

He was a farmer, shantyman, and a fire ranger for the last 29 years of his life with the Ontario Department of Lands and Forests.  He was a member of the Orange Lodge.  He married Pearl Wells, in St. Peters Church, Dwight.  Reception was held at the home of Lottie and Fred Quinn.  Their home was Dwight.

Mrs. Parris was a good cook and spent many summers cooking in the lodges.

Not only was Pearl a marvelous cook, often preparing meals for 12-15 guests, she organized picnics, played cards with the children and taught them how to fish!  Tom Parris manned the local fire tower.  He sometimes took the young people to see his tower and would entertain them with stories at his cabin at the mouth of the river.  He took care of Lewis Camp during the winters and made it ready for summer visitors.  A fine and much loved couple! (submitted by Ted Blackman)

On the shore of the Oxtongue River where Tom's cabin stood, a memorial dedication service and the unveiling of a cairn was held in memory of the late Tom Parris. 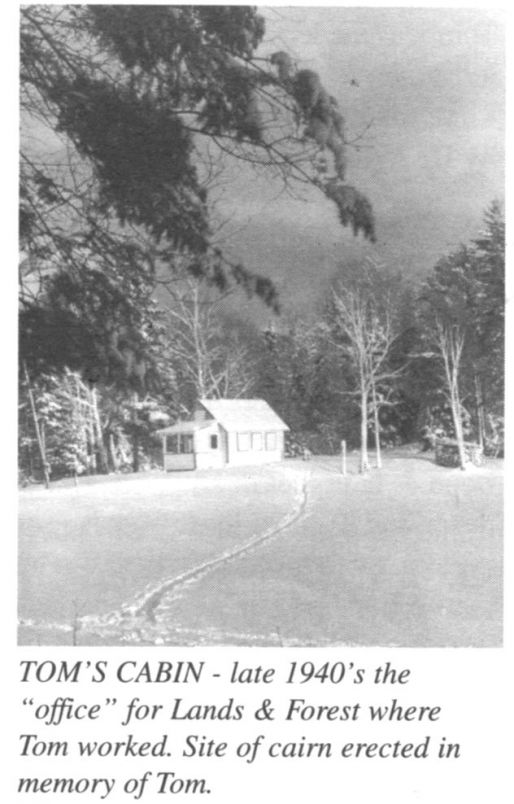 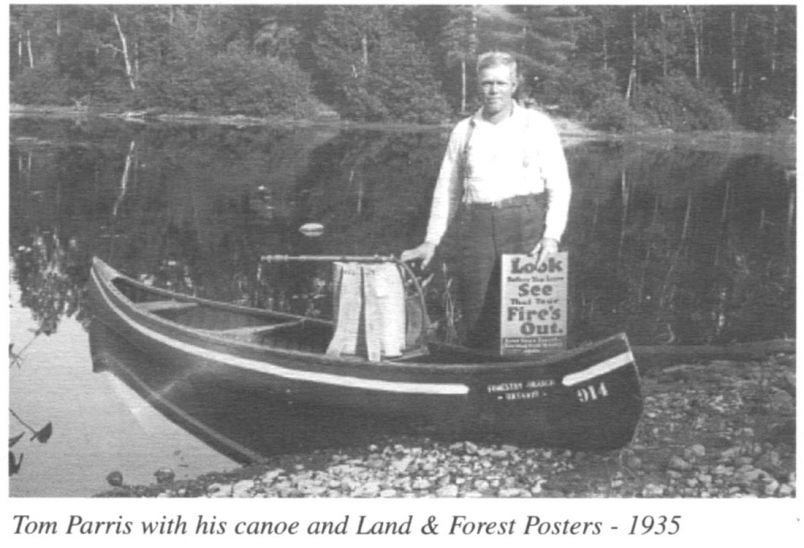