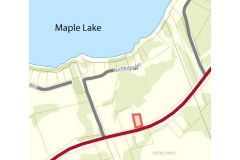 Info from Welch/Eager/Lynch-Maple Lake Memories:
In the 1930's Welch's Store was originally just the front section with the verandah and big windows. It can be seen in a photo that shows Marvel (Eager nee Welch) as a child standing near an old gravity-fed gas pump. In later years another back section was added as well as the 'L' section to the east. This would be evident by the basement construction and a change in the types of hardwood flooring on the main level.

In 1954 Marvel married LeRoy Eager who took over the operation of the grocery store business from Thomas and continued for the next 30 years. Not long after the nuptials Mr. Eager along with Marvel's father and her brother moved a garage from across the highway to be placed next to the store. It was used from that point on as the 'feed shed.' Along with animal feed, Mr. Eager stocked nails and other hardware items.

Gas pump was there in the 30’s; picture (missing), top of page 3 shows store, gas pump and Marvel; since Marvel was born in 1934, and by the look of the car in the background, I would place this picture Circa 1940.

Ninitigo Cottages:
There were four rental cottages – Ninitigo Cottages located below the farm on the shores of Maple Lake. The lake itself was originally called Ninitago, named by the tribe of natives that lived in the area. According to Marvel Eager (daughter of Thomas Welch), born in 1934, they would set up residence in a field on the shore of the lake just east of where the cottages were later built. Source: Maple Lake Memories by Marvel Welch, Karen Eager and Sharon Lynch. 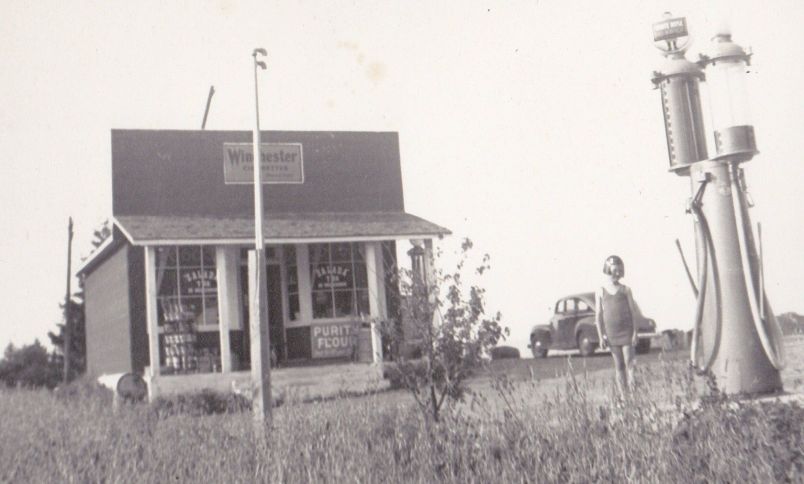 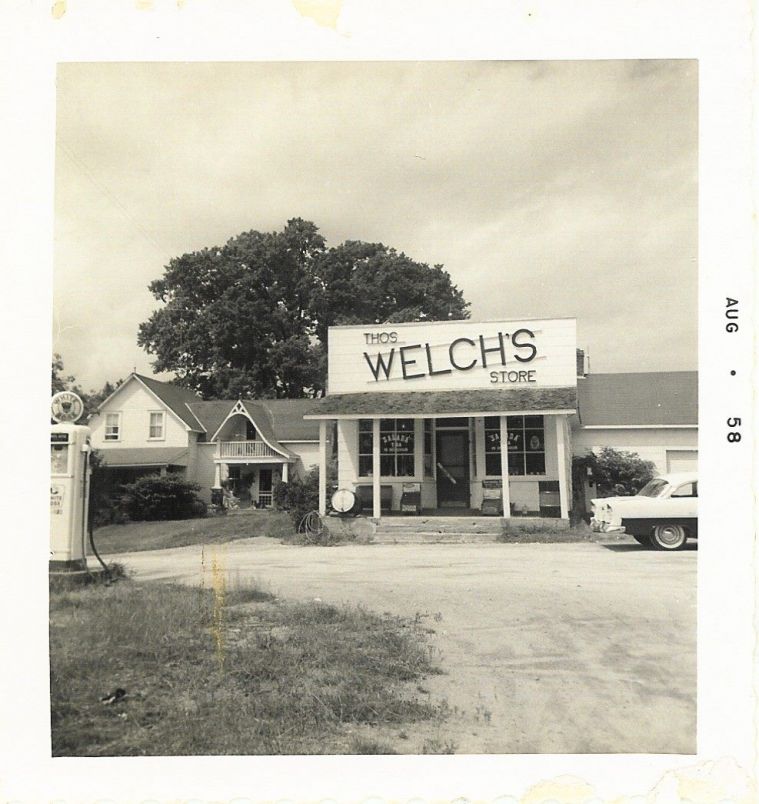