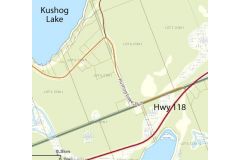 Peterson's Corners, an early post office and Anson's only pioneer settlement, lay at the intersection of four townships as well as the Bobcaygeon Road and the Peterson. Once it boasted a hotel, stores and a church where families such as the Wrights and Prentices worshipped. As declining lumber trade made cadging and travel to Dorset less frequent, the settlement diminished. Source: Echoes of the Past, compiled and written by Ed H. Devitt & Nila Reynolds p. 23
In 1934 Peterson's Corners still boasted an active Orange Lodge, L.O..L. 1278 (Stanhope), which had a roll of 24. Although most of its residents moved elsewhere, Peterson's Corners remains on Ontario's road maps, a memorial to a once thriving pioneer community. 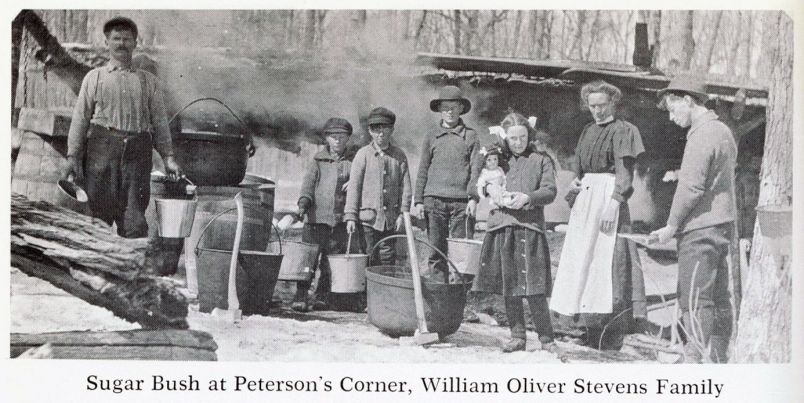 Source:  In Quest of Yesterday by Nila Reynolds. Published by The Provisional County of Haliburton, Minden, Ontario 1973