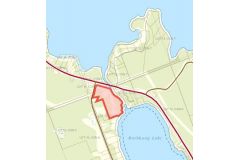 Current use: The Buttermilk Falls Resort occupies this property today. 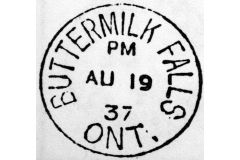 Information source: The Stanhope Museum has photos, local newspaper clippings, a map of Boshkung Lake showing its location, and cancellation stamps to verify its existence.  Also the accounts of relatives of former operators and  stories from campers at Camp Calumet who posted their letters home while buying ice cream and other treats at the post office/snack bar add much to the story.

We are currently asking Library and Archives Canada for information about this post office. 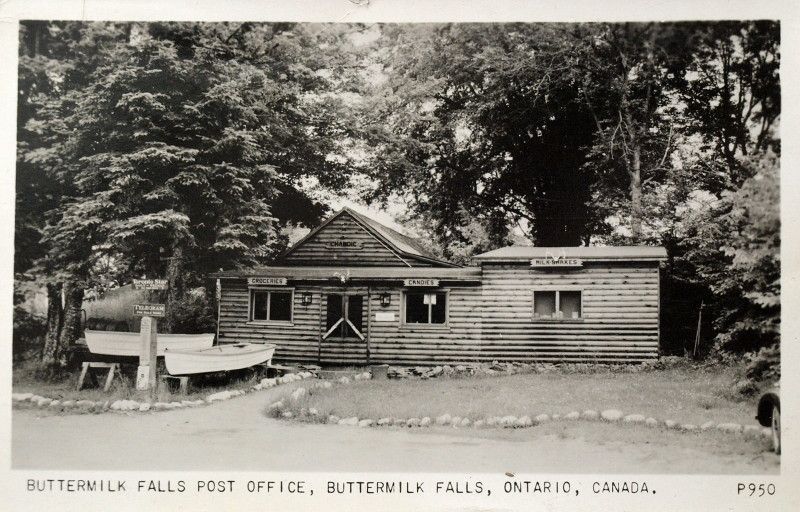