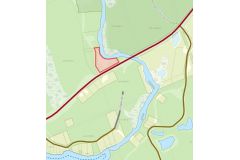 From Timber Trail. Source: Facts and Fables of Oxtongue Lake, 2000 pg. 159
In 1950 Ray and Mildred Smith buit a cottage, a sleeping cabin and log store near, but not on, the Oxtongue River at the site of Timber Trail. A Mr. Aberdeen had a cottage on the property between the Smith's and the bridge of the Oxtongue River. In 1952, Andrew Leslie purchased both these pieces of property. He operated Timber Trail for thirteen years. During this time he added to the store, purchased more land and added a number of cabins.

The business was sold to Ray and June Marson in 1965. On a very cold February night in 1980, tragedy struck, fire taking the life of John's wife Betty-Anne and their young son Joel. John rebuilt this log store in memory of his wife and son. He also added a log restaurant next to the store called Paddle Inn.

Doug and Sandra Rae purchased Timber Trail from the Marsons in 1988.

The Paddle Inn Restaurant combined with it's fully licensed patio, playground and a beautiful view of the Oxtongue River will satisfy any appetite. The Trading Post is your one stop for everything including moccasins, casual wear, gifts, Algonquin Fudge Co's cream and butter fudge and last minute things you may have forgotten. Doug, Sandra, Sara and Paul Rae invite you, your family and friends to visit them anytime. Source: 2004 Website

Interesting facts: These facts relate to the adjacent property, all in Lot 9,  Conc. 13, McClintock

Current use: Property for sale 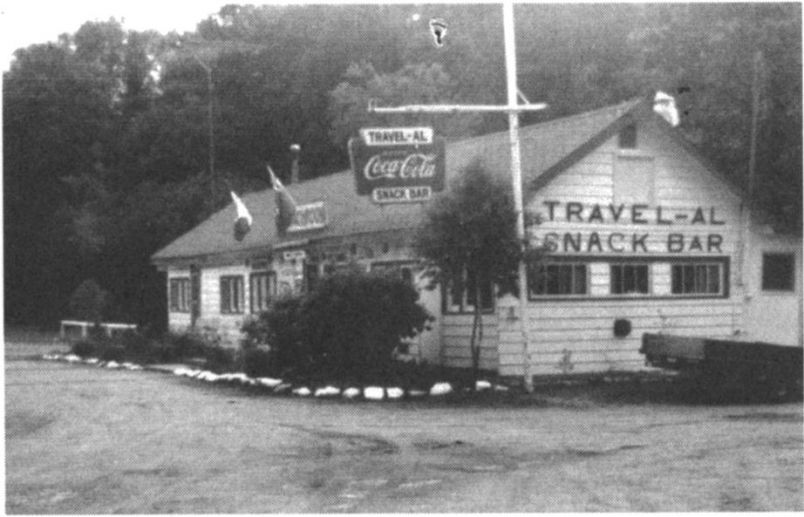 Photos 2: Source - Facebook Real Estate Listing: Used to be a trading post with restaurant. very well crafted cabins - 5 cabins + 4 old cabins (shells only). Stunning waterfront and great potential! Being sold `as is where is.