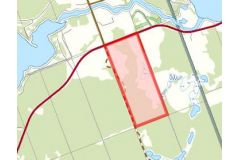 A petition (see image below) was sent to Stanhope Council "praying for the establishment of a telephone system" . Potential ratepayers agreed to pay equal shares to establish and maintain the system.

This municipal phone system, the first in the county, was owned by the subscribers and was managed through Stanhope Council by a commission of respected local men.

The first telephone operator was Miss Jean Scott and the first call was made on November 29, 1921 from Rogers Store in Carnarvon to the Clair Sisson farm on Grass Lake Road in Maple Lake.

The folks in charge quickly found themselves in the vicious circle of borrowing money from subscribers to pay the bills that the subscribers' fees were supposed to cover.

By 1925, there were only 78 subscribers and the System was in dire financial straits. Letters from Mr. F. Dagger, the Board's Supervisor of the Telephone System announce that the Auditor's Reports "reveal a condition of affairs which this Board cannot permit to continue", and that the continued borrowing of money to float the system "will eventually result in financial disaster".

Despite the terse tone of the letters and Mr. Dagger's threats to assign an independent auditor to straighten out the system, we must assume all went well. No further correspondence has been found to indicate otherwise, and there exists a variety of subscriber's bills for the system well into the 1950s.

On January 9, 1957, the Stanhope system was dissolved in favour of amalgamating with the Dysart system. On May 15, the last operator walked out the door of the Boshkung office for good. 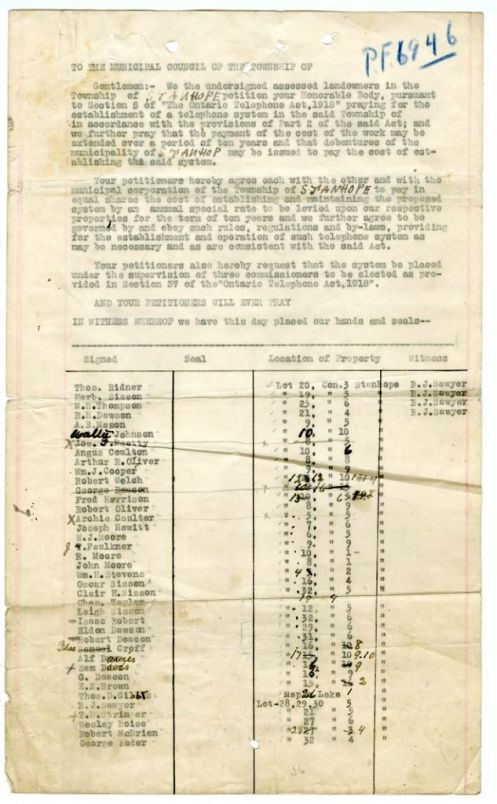 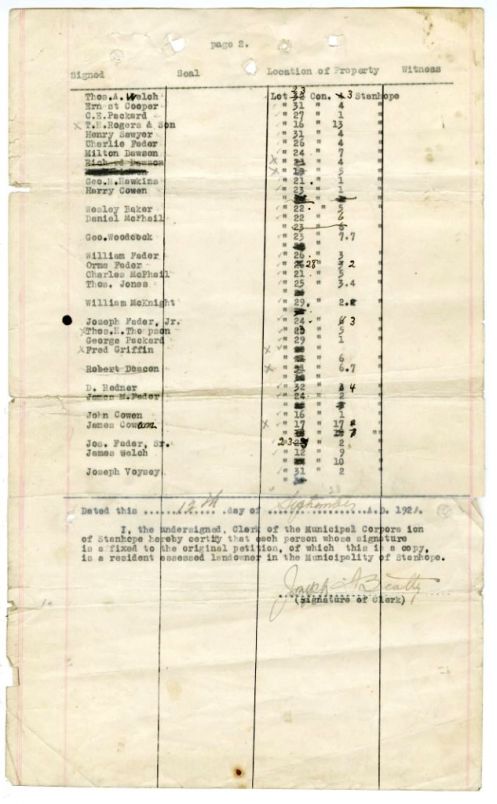 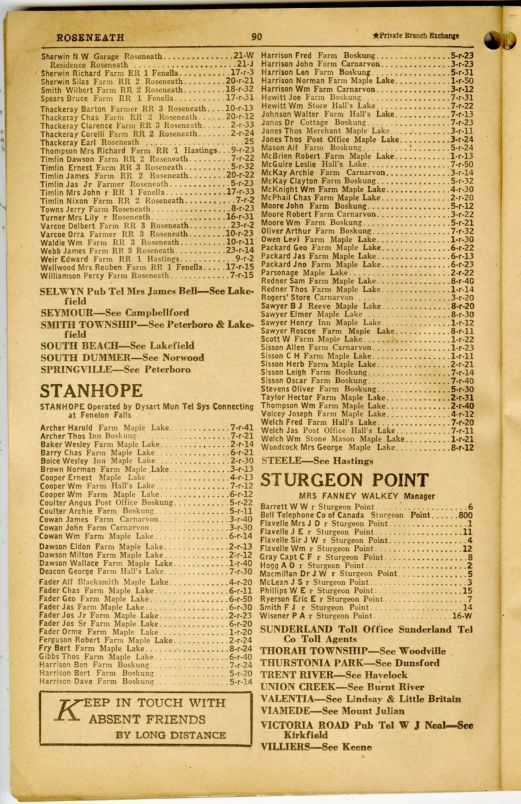