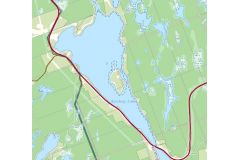 Some say that Kushog Lake was originally a river that was flooded by the lumbermen, and that Constance Island in north Kushog was probably part of the mainland. This is supported by the evidence of many stumps at the shoreline in many locations on the lake. The Report and Field Notes of the survey of the Township of Stanhope, surveyed under instructions from the Department of Lands and Forests Surveys Branch by G. W. Stewart dated 1860 does not show Constance Island on the map.

Brian Hough: The island north of the bridge at Ox Narrows was called Goat Island. We often stopped there on our way to the Forestry School. Often canoe trippers camped there overnight. At some point it’s believed that the island was owned by the Penroses. Rumour had it that there were goats on the island. They remained there until the lake froze and then escaped- hence the name. 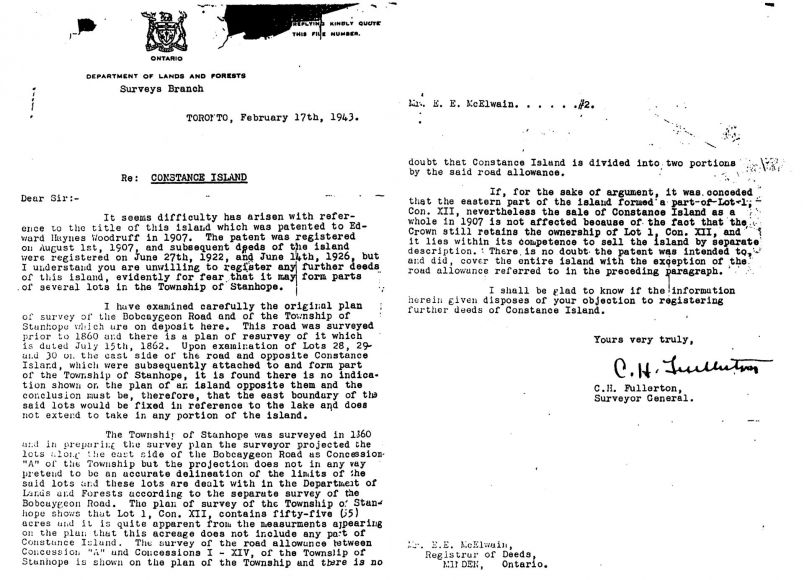