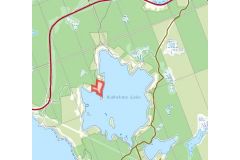 In 1949, to celebrate the Silver Anniversary of Hamilton 26th Scout Group, the leaders purchased land on Peach (Kabakwa) Lake and established a camp where the younger Scouts could go camping and the seniors could go canoeing. Only 2 other cottages and another small boys camp (Camp Kandalore) existed at that time. There were no phones, no roads. The camp soon flourished.

Camp Wheeler was named after Lewis Wheeler who was Troop Leader prior to WWII when he was a member of “C” Co. of the Queen’s Own Rifles.  Lewis was killed in action on April 25, 1945.