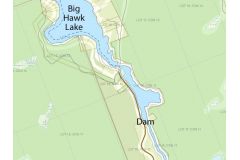 Rebuilt in early 2005, this chute was originally built in the late1860s and is the last one of its kind in the province! The chute is 220' long and 13' across at its widest point and when the winter melt waters cascade down it's length, you can hardly hear yourself think. Go to the Hawk Lake Log Chute website for more information.

The park, interpretive pavilion, picnic area and trail make a wonderful, and very educational, stopping point. Plan to spend some time here! This photo is from 1920 and is the oldest photo on record. 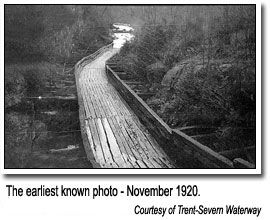 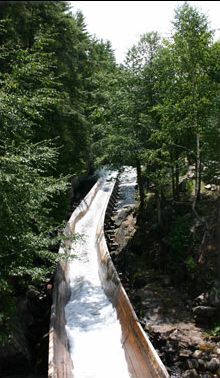 Dams and log chutes were used extensively between 1880 and the 1930‘s to move logs into the Gull River of the Trent Watershed. At one time there were thousands of chutes around the province and dozens in the county of Haliburton. Today the Hawk Lake Log Chute at the outflow of Big Hawk is the only remaining chute of its kind in Ontario. The chute has been rebuilt three times, in 1947 and again in 1971 as part of what were called 'winter works projects‘ funded by the Federal Government. In 2004 a project was undertaken to rebuild the chute and modify its surroundings into a park, including the trailhead of a new hiking trail. This work was completed in the spring of 2005. The location of this chute is a spectacular example of 'pure Haliburton.' The Kennisis River, the water of which flows through the dam and chute, meanders through a picturesque gorge of one million-year-old pre-Cambrian landscape. In 1909 Government House, home of the dam keeper at Hawk Lake, was built where Big Hawk Lake flows into the Kennisis River and still stands as a private home today. Photos of the log chute over the years can be seen today at the Stanhope Museum or at www.stanhopemuseum.on.ca. Source: Halls and Hawk Lakes Property Owners Association Lake Plan, May 2006

John Hewitt recounts: "With so much work being carried on annually with so many men it became necessary [around 1906] to have someone in charge of the dam and control the flow of the water, so Pete Grozelle was the first dam keeper and the big white house was built at Hawk Lake. Later on it was James Welch, and by 1912 William H. Hewitt, with his bride Alice, moved into the "white house." They were two miles from the nearest neighbour, they had no modern facilities, and only by wagon trail could they get out. They had a horse, cow, dog and cat, and plenty of wild life. They lived there until the early twenties when they bought a home on Hall's Lake and moved out of the wilderness. He continued to look after the dams and water levels until 1951. A property owner said that Billy Hewitt could look after the controls better when he was drunk, as water was never known to run over the dam when he was in charge." Source: Lakes of Haliburton Which Form "The Island", Haliburton County Echo, 1971 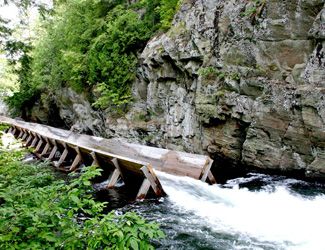 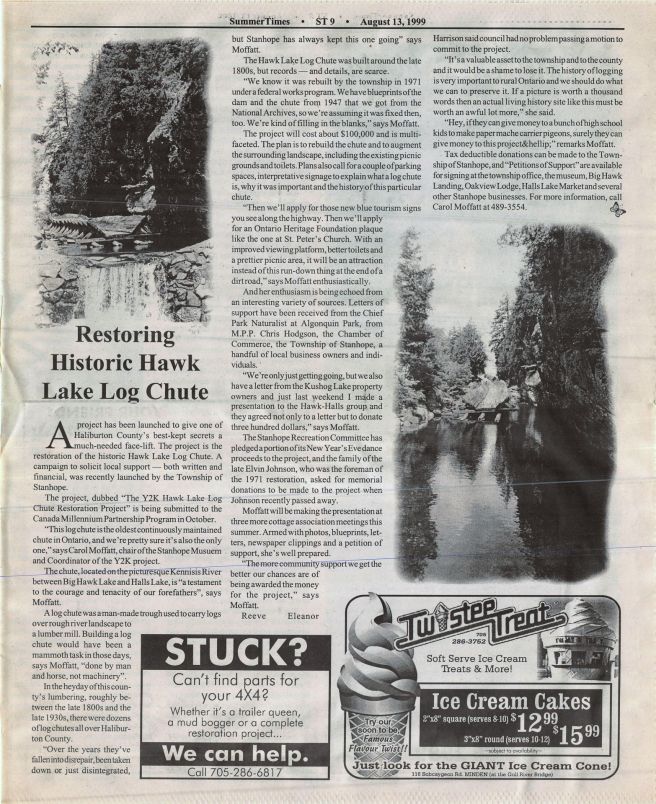