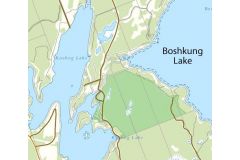 One of the most spectacular cascades of water in Haliburton is Buckslides, named after Daniel Buck owner of a lumber mill at the end of Kushog Lake where a timber slide was constructed in 1862 to navigate the tumultuous waterway. Log chutes were often referred to as "slides". Buck's timber slide was known casually as "Buck's slide" and the road to Buck's slide eventually became Buckslides Road.

Buck's log chute traversed the 175 feet of shallow, narrow and rocky length of river from Kushog Lake to Boshkung Lake. The rush of the water in the drop of 30 feet from Kushog to Boshkung turned the wheel of the saw. 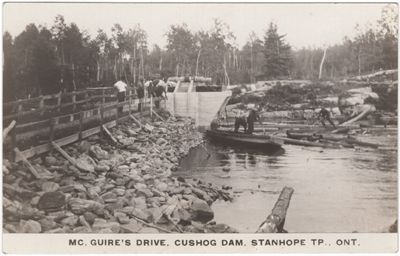 Daniel Buck and his wife also owned a hotel in Minden, now called The Rockcliffe Tavern.

In his 1966 Collection of Sketches, "Lumbering Industry", Clayton Rogers mentions Buck Slides: "As transportation bettered, local mills were erected. The first in the township was situated at Bucks Slide - water powered, and the old upright saw was used. Much of the timber in the first frame house came from the mill. It was owned and operated by Stevens Bros, Will and George - George Stevens later was woods manager of Gull River Lumber Co."

Brian Hough, a cottager on Kushog Lake, remembers visiting the slides by boat in the 1950s. People often wore bathing suits and sat in the rapids. This was quite invigorating. Once however some people had to be pulled out when a log was removed from the dam and the rapids became quite swift and dangerous.

Photo 1: Buckslide Falls by Joachim George Gauthier, one of the first cottagers on Kushog Lake and an associate of the Group of Seven Source: Consignor Canadian Fine Art 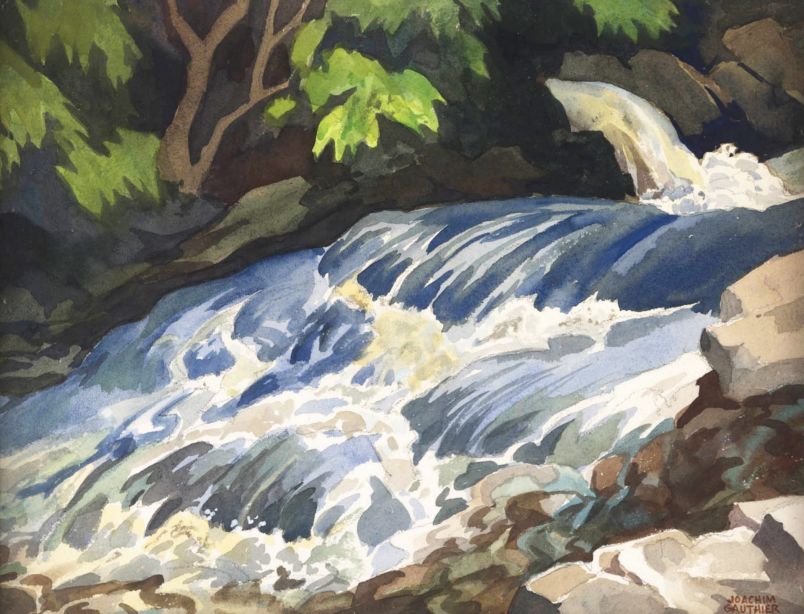